While no one should be sitting on Santa’s lap this year, we think kids would avoid this particular St. Nick surrogate under any circumstances. Next to The Grinch, he’s the least desirable creature you’d want dropping down your chimney and sniffing around for your cookies.

Even so, there are those of us who have a taste for “Alt Xmas” decorating and NECA Collectibles obliges with this manageable manifestation of villainy, a seasonal version of The Fiend. 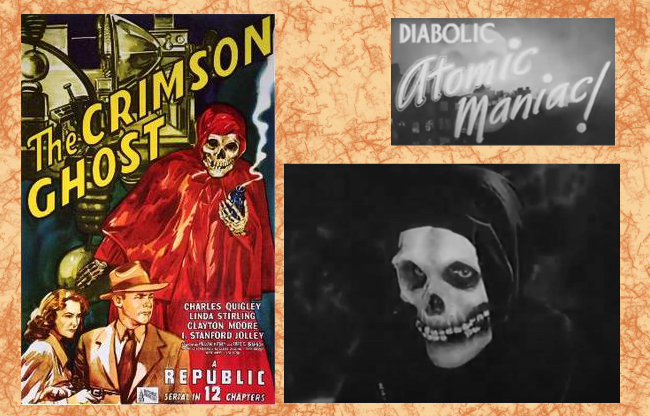 Inspired by The Crimson Ghost, a serialized 1946 Republic Films adventure movie, the unique cloaked skull with skeleton bone gloves became familiar to boomer kids in the pulpy pages of Famous Monsters of Filmland magazine, and was eventually immortalized as the icon to the horror punk band The Misfits.

In scale with their other rock band mascots, The NECA Fiend figure stands 8 inches tall and comes outfitted with a removable cap, a green toy back, and extra set of hands – the better to grip you with.

Two Faces Have I…

Also included in the window display box is a second face sculpt based on artist Basil Gogos‘ Santa Fiend painting. Gogo’s work emblazoned the covers of Famous Monsters magazine in its formative and most influential years, as well as the cover of The Misfits’ American Psycho album. His color-filled imagery has been emulated by a multitude of artists for horror related publications ever since.

Other Gogos inspired merchandise, including Santa Fiend lapel pins and air fresheners, can be found on the Misfits website.