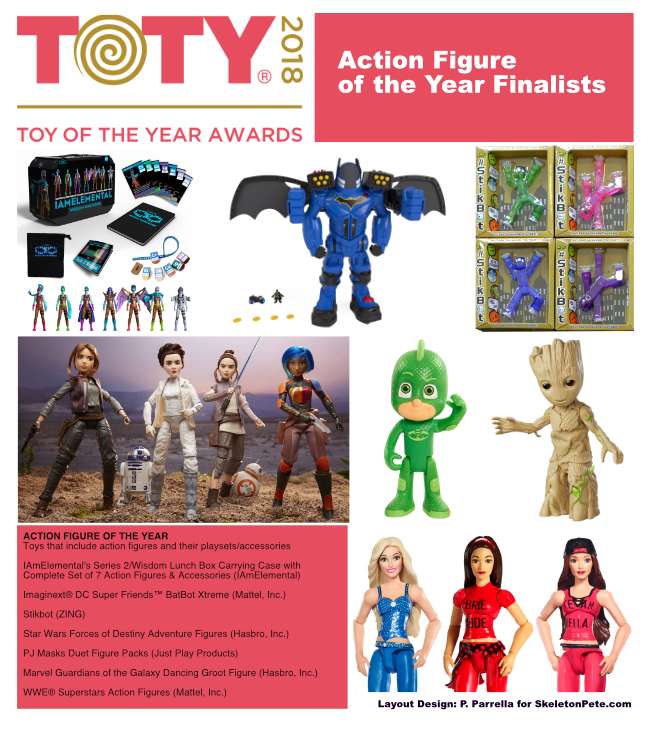 END_OF_DOCUMENT_TOKEN_TO_BE_REPLACED
Van the Man…
Diamond Select Toys is taking the opportunity to expand the monster line with a unique design of their own. DST’s Van Helsing, is an armed-to-the-teeth vision of the vampire hunter with a wizened and battle scarred countenance. With his axe, rifle, pistol and bandolero of wooden spikes he’s clearly a determined and formidable foe for the feral creatures of the night.

With many of us still cringing from the loopy Hugh Jackman misstep of 2004 Van Helsing was a risky choice. Fortunately DST presents him as an effective cross between the grandfatherly character portrayed by Edward Van Sloan in 1931 and Anthony Hopkins’ frenzied doctor of Francis Ford Coppola’s Dracula (1992.)

The Van Helsing “Select” version is the most ornate of the three new Wave 5 boxed packages. The base provides a cemetery scene with dual tombstones and vicious vampire bride Mina Harker pouching from her grave.

These two newest 7 inch scale action figures present Boris Karloff as The Monster from Son of Frankenstein, and a new version of The Creature From the Black Lagoon. The Jean St. Jean sculpts are created with “super articulation,” giving the models many more poseable points of movement than their previous incarnations.

DST has announced these items in blister-carded Toys “R” Us Exclusive configurations (already on the shelves) as well as “Select” boxes, available shortly in comic book shops, or for pre-order. The “Select” versions add extraordinarily detailed bases and props.

The Monster is portrayed with a slightly more gaunt look than Karloff lensed in the original 1939 film. He is clothed in his signature “Son of” wooly vest, a look that will forever remind me of Sonny Bono’s preferred garb in the 1960’s. In addition to more articulation The Creature update trumps its Wave 1 predecessor with, to my eye, a sculpt more accurate to its film appearance and a glossier aquatic paint finish.

“Armed” and Dangerous…
The “Select” Son of Frankenstein comes with an awesome Kenneth Strickfaden inspired piece of electrical laboratory gear that will remind old school collector’s like myself of the similar rig that was part of Aurora’s classic Bride of Frankenstein tableau. No Son of Frankenstein collectible would be complete without the wooden arm of Lionel Atwill’s Inspector Krogh for the monster to swing around. For me it’s a must have, and I’m glad to report it comes in both packaging configurations, so you won’t be torn (hee, hee.)

SkeletonPete Says…
While I’m happy to learn that Diamond Select will continue to offer Universal Monster figures in another wave next year, I also applaud the initiative to bring some of their own creative juice to the monster mix.

The Aurora Plastic Model Company did this quite effectively in late 1960’s. Their Forgotten Prisoner of Castle Mare, The Witch, and The Guillotine models were equally cherished by collectors. In fact they are the only intact original Aurora models I still have. The others succumbed to an ill advised tangle with a barrage of firecrackers one fateful Independence day.

The folks over at Diamond Select Toys have been having some fun with their Walking Dead Minimates. Check out the video they’ve put together to herald the release of the 3rd set of figures. This neat little flick was lensed and edited by Alex Kropinak and features Acorns to Oaks’ Chris Ward as Rick on the voiceover and the music of Matt Takacs. Warning! Don’t expect the same kind of mirth that Alex dishes out over at Marvel.Com’s “Marvel Superheroes What The !?” This one is a mini reminder of how grim and gruesome Robert Kirkman’s comic and the AMC’s TV series can be.


Walking Dead Minimates Releases…
The Riot Gear Rick Grimes and Dreadlock Pole Zombie are my two favorites this time around. You’ll find Series Three at comics and specialty shops on June 12th, 2013, the exclusive Toys “R” Us packs are already lurking around TRU. Series 4 drops later this summer and features The Govenor and his henchmen, a poncho wearing variant of Michonne, along with Lori and baby Judith.
SkeletonPete Says…
I love Minimates, they’re eminently photographable and it’s easy to find some shelf space for them. Just don’t display these zombie mini munchers too close to the edge of your bed if you want to wake up with a full set of toes.