Skip to the content
30 Years of Xeno Fears…
2016 marks the 30th anniversary of the release of the 20th Century Fox space shocker Alien. It’s hard to describe what it was like seeing that film in a theater for the first time, no preconceptions, no spoilers, no a clue as to what was ahead. I’m still trying to retrieve bits of the skin that I jumped out of. The spectacular H. R. Giger bio-mechanical designs for the facehugger, chestburster and the original xenomorph were all brand new to the horror genre, like the first time the Frankenstein monster stepped into view in 1931.
END_OF_DOCUMENT_TOKEN_TO_BE_REPLACED

Final Countdown…
Dark Horse Comics completes it’s six month Prometheus series with the Fire and Stone “Omega” issue. The stand alone book ties up the multi-title storyline of Alien xenomorphs, Predators, cosmic Engineers, android “synthetics” and stranded Weyland-Yutani astronauts. All get their fair share of “screen time” in this 44 page finale written by Kelly Sue DeConnick. There’s plenty of action and a little philosophy on the “human” condition, which are the polar nodes of director Ridley Scott’s original shock-ride Alien (1976) versus his search for the meaning of our existence, Prometheus (2012). Kudos to Ms. DeConnick for an ending that, while event filled, avoids being a one dimensional “monster rally.” Characters’ thought provoking actions feel correct within the confines of the Prometheus universe, and maybe closer to what Scott had in mind, but didn’t offer us, in the film.

Augustin Alessio’s detailed and atmospheric art compliments the story with a balance of frenetic action and portrait panel exposition. His use of blurring to separate characters from backgrounds and accentuate action scenes adds a cinematic component to his pages. It’s an interesting and successful technique found in several panels. 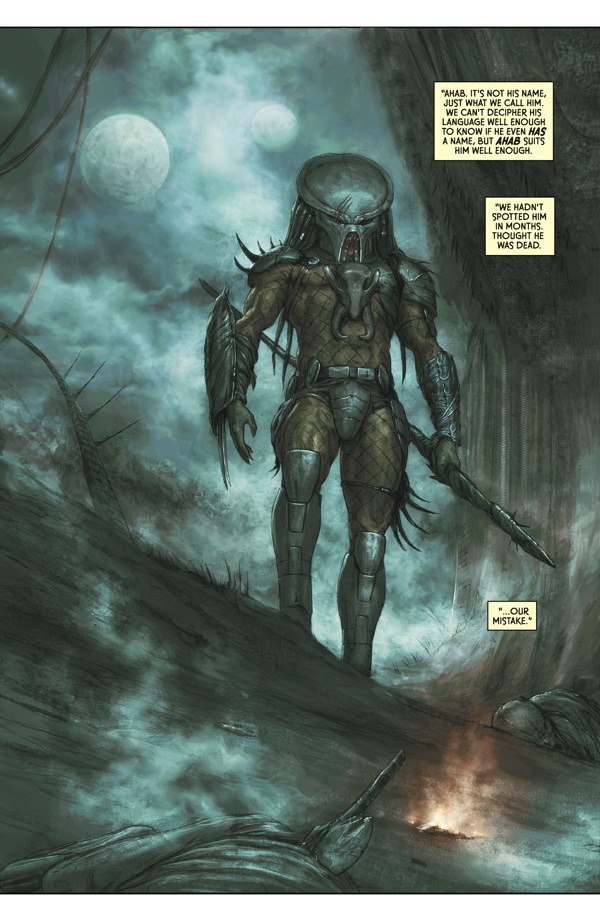 SkeletonPete Says…
Ridley Scott’s next foray into the plot line,Prometheus 2, is not due until 2016. For most franchise fans films take too long to make and endless script rewrites and rethinks tend to foster missteps that muddle the final product. Whatever your feelings about the cinematic progression of these intertwined universes, Dark Horse’s licensed graphic novels series (like this and the Buffy and Angel books) offer fans a fun expanded interaction with their favorite characters.


Oops, You Blinked…
Congratulations to the Dark Horse Comics team whose inaugural issue of Fire and Stone: Prometheus sold out in the wink of an eye. It’s an exceptional start to a series that promises to eclipse even Dark Horse’s long running Stars Wars books. The F&S series represents a massive franchise culling, century hopping, set of tales which are bound to keep followers of the Alien and Predator mythos enthralled and fandom discussion boards thriving.

Four By Four Plus One…
They’ll be four issues in each Fire and Stone series, Prometheus, Aliens, Predator, and Aliens Vs. Predators (AVP,) with a final standalone story produced to pull the whole shebang together. I think it’s easy to predict the final works being offered in one nifty Dark Horse hard cover edition down the road. 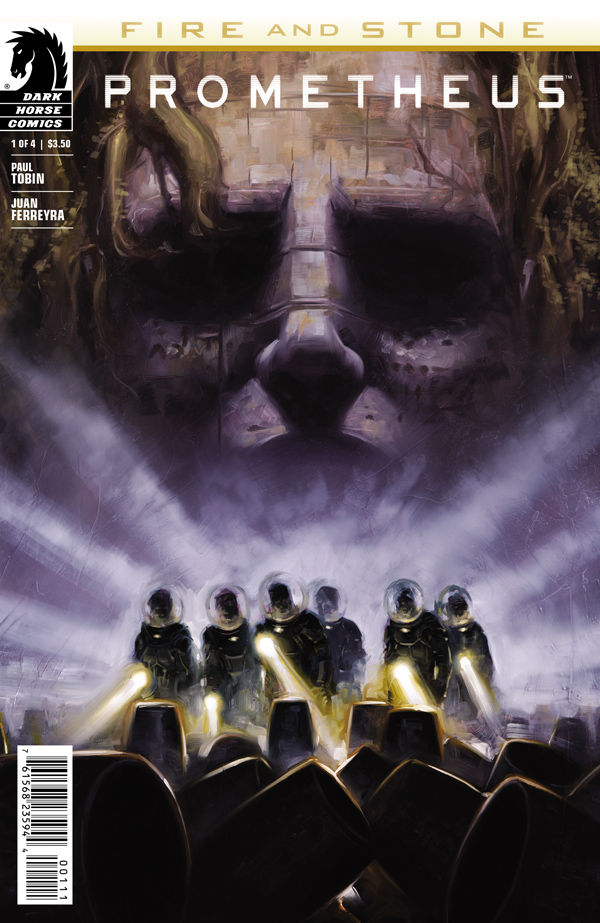 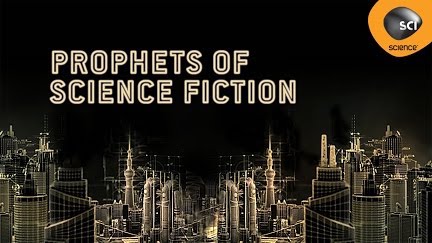 What It Is…
That today’s science and medical technologies were once only figments in the realm of the fantastic is something we all know but often take for granted. For instance, everyone knows the name “Frankenstein”, the doctor and the cadaverous namesake it represents, but details of the idea’s inception are lost in time to the public at large. Science Channel remedies that with a new series focusing specifically on the writers who imagined a future that in many instances has come to pass. “Prophets of Science Fiction” is presented by producer/director Ridley Scott who, as the creator of such modern Sci-Fi classics as “Alien” and “Blade Runner”, is totally at home in the genre. He uses his on-screen time to tie the strands of biographical and technological information – presented by numerous interviewees and graphic sources – into a cohesive package. The format has the feel of two of my favorite BBC series James Burke’s “Connections” and “The Day The Universe Changed”. Those shows presented the lineage of invention through seemingly disparate thought threads and varied serendipities which rendered unexpected and ingenious outcomes.

Episode 1 Preview – Mary Shelly
As the de facto mother of science fiction literature Mary Shelly is the natural subject of the premiere episode. Only a teenager in 1816 when she began her novel as a challenge to out scare her husband Percy and their summer companions Dr. John Polidori and Lord Byron, Mary imagined the story which became “Frankenstein or The Modern Prometheus” when completed two years later.

At first published anonymously, Shelly went on to embrace her authorship and bid her “hideous progeny go forth and prosper”. Prosper it did with multiple editions in her lifetime and innumerable adaptations and co-optings in the nearly two centuries since. Even the story’s genesis during that “haunted summer” at Lake Geneva has been explored on film as the stylish Victorian prologue to James Whale’s 1935 “Bride of Frankenstein and the psychosis of Ken Russell’s “Gothic”.

As prescient as she was it’s unlikely Mrs. Shelly could have foreseen Frankenberry breakfast cereal or Herman Munster as she formulated her tale of science gone wrong cloaked in the stench of the charnel house.

The episode explores the science fact of “Frankenstein” from the early electrical experiments of Luigi Galvani to Dr. Reggie Edgerton’s spinal cord research and looks at the work of the Human Genome Project and genetic cartographers, as well as those on a quest to create artificial intelligence. L.A. Chief Coroner Harvey describes the “gray area” between somatic death and molecular death and the harvesting of tissue and organs for transplant.

On the creative side Shelly biographers relate how the teenager’s personal experiences; her mother’s death after her birth; familial alienation; and the loss of her own first born, filter their way into the story, often in the personality of “the monster”. The subtext being a tale of parental abandonment.

SkeletonPete Says…
Ahh, a series after my own heart. Something to truly relish. I am and have always been fascinated with process vs. product, often more interested in reading the biography of an author than their actual works. “Prophets of Science Fiction” brings to light the personal and contemporaneous catalysts of these visionary creators and nicely interpolates the historical and fictional with the latter day science they prognosticated. I’m very much looking forward to upcoming episodes highlighting H.G. Wells, Isac Asimov, Arthur C. Clarke, Philip K. Dick, Robert Heinlein, Jules Verne, and even “newbie” George Lucas.

Wishlist
How about a similar spin on horror writers like Lovecraft, Poe, Bierce, Blackwood and King hosted by the likes of John Carpenter, Wes Craven or George Romero.