In less than 24 hours, the Warner/DC Justice League Movie will be released to the general public, and all the online speculation, movie trailer dissection can end. You’ll decide for yourself if this highly debated and anticipated film hits your sweet spot. Then you can hop back online to watch all the Easter Egg reveals.

The success of last spring’s Wonder Woman has certainly added more excitement for this team-up flick than the reception to Batman Vs. Superman did. It’s also nice to know we’ll get a second Wonder Woman installment. 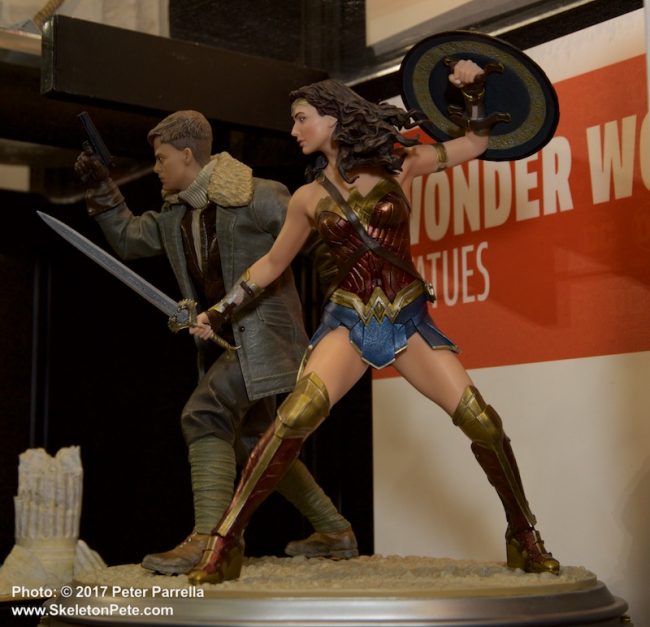 I might dare say that I actually prefer these foot tall versions to the actual costume replicas as seen at New York Comic Con last month. Costume details on the life size versions felt distracting overall, especially on The Flash suit, which should be sleek and suggest the power of his speed.