Marvel Comics has just announced the final installment of Secret Wars, which will conclude the Marvel Comics Universe (MCU) disrupting Battleworld cycle. Issue #9 is set to hit your local comic store racks on January 13th, in what Marvel calls an “explosive conclusion and the genesis of the new Marvel Universe.”

Marvel Senior Vice President, Executive Editor Tom Breevort notes “I can say with some confidence that it’s a finale that no reader who’s been enjoying the ride so far will be disappointed in, and is in no way spoiled by any of the events that have transpired in our assorted All-New, All-Different Era titles so far.” 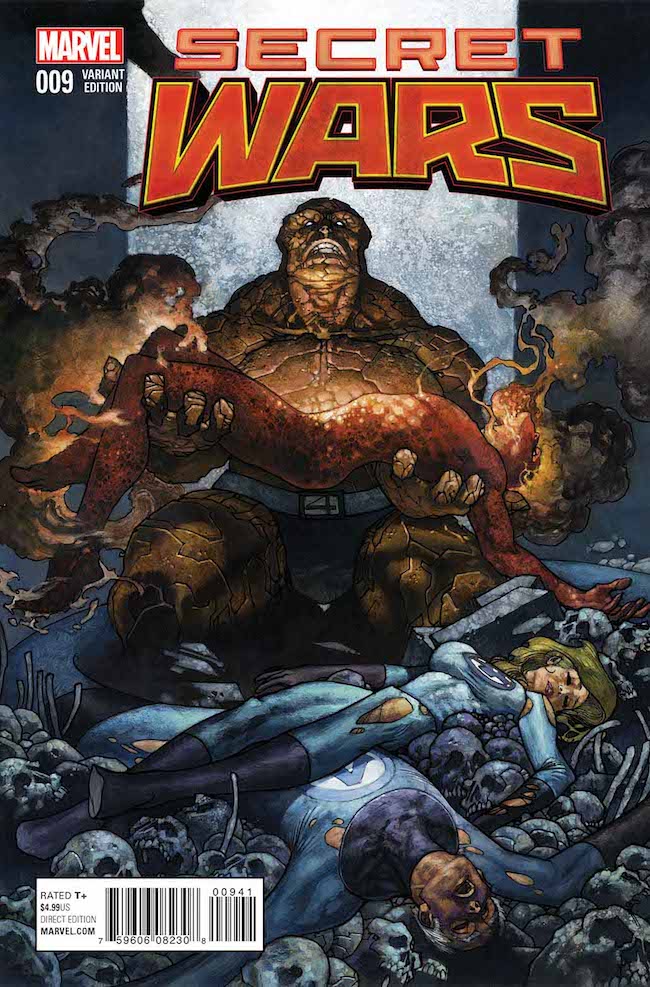 This issue sports a multi-faceted Alex Ross cover and, as has become standard, there are plenty of sublime to totally ridiculous variant covers available for completists to wring their knuckles over.