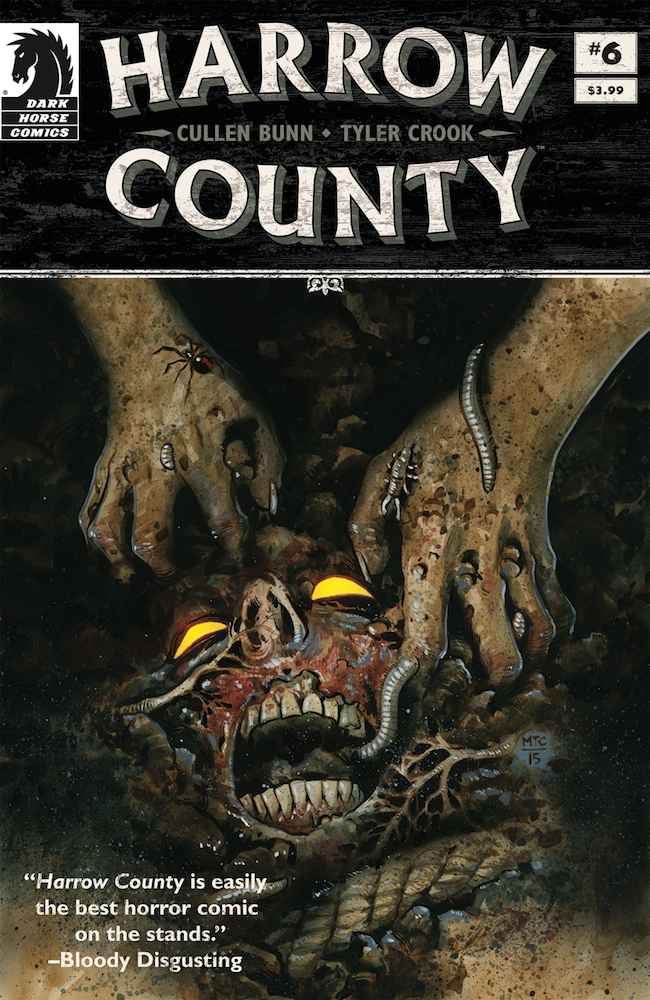 Well, I’ve already seen Halloween decorations displayed at Lowes Home Center, so I guess an October surprise preview from the folks at Dark Horse Comics isn’t too early to report.

If you are a horror fan and haven’t been following their Harrow County series it’s time to get on board. I think you’ll fall in love with it, and I tell you why in this post reviewing Harrow County #1. 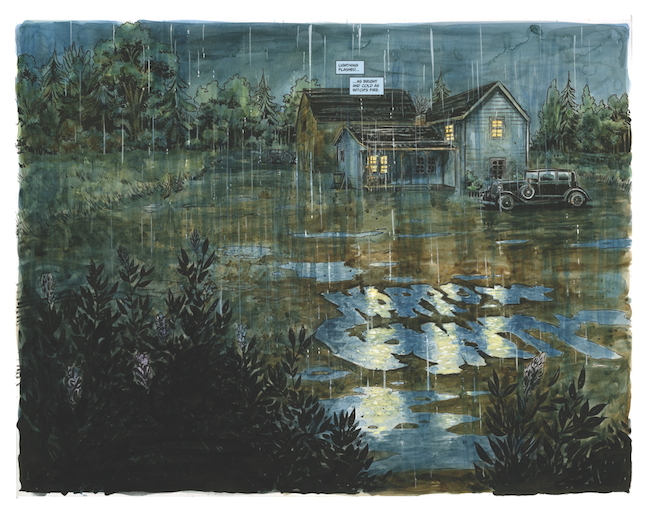 TeeVee Geebies…
Dark Horse recently announced that the ongoing graphic novel is one of several of the company’s titles being developed by Universal Cable Productions for episodic television, “with direct involvement from the comics creators.” That’s good news because writer Cullen Bunn and artist Tyler Crook‘s work is top notch and I would love to see their aesthetic translated to the screen.

Here’s a sneak peek at what autumn has in store with Harrow County issue #6. 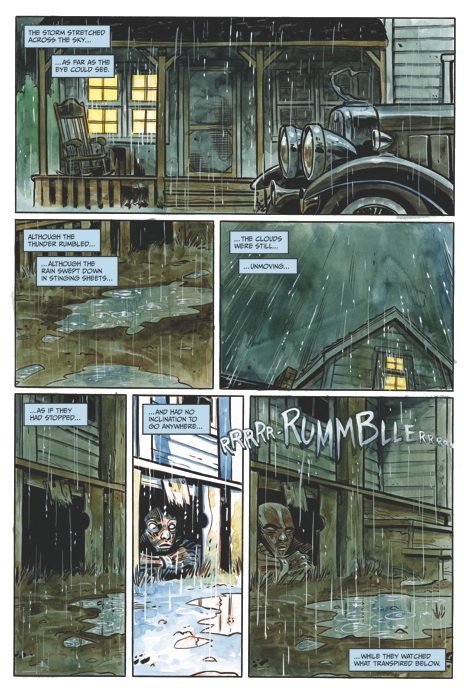 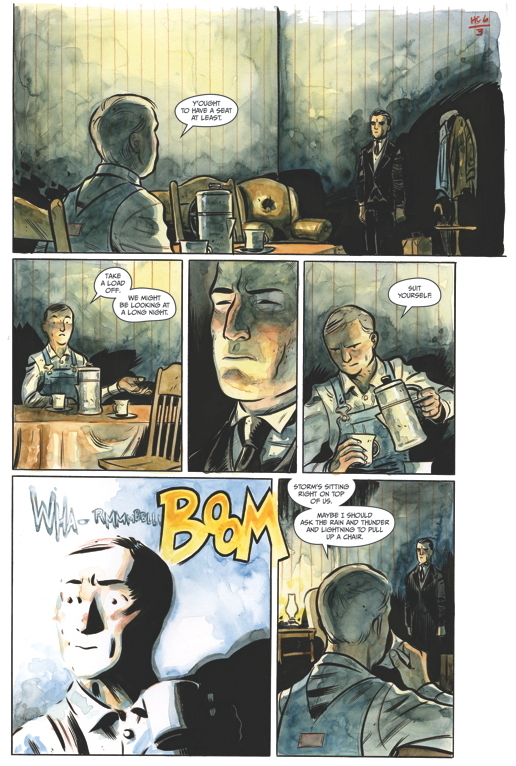