You Are Surrounded…
I predict that the most exciting “superhero movie” of the summer will be Christopher Nolan’s Dunkirk. Though it doesn’t include any character with powers beyond our galaxy or scientifically enhanced abilities it serves as a historical reminder that when faced with seemingly insurmountable odds simple humans can and will rise to the challenge, persevere, and maybe win – even if only for trying. That’s what the “little ships” did at Dunkirk in spring of 1940. That’s all Superman fighting depression era thugs or Captain America slugging Hitler were ever meant to represent, “us” at our zenith.

So where is this going? Well, it’s not a summer movie preview, but it is my decidedly right-brained metaphor for a scenario created by actor and screenwriter Valerie Rose Yawien. It’s a real story that takes being stranded and surrounded by an enemy to a very personal level. In this case the enemy is Lyme Disease, and the stranding is a social and financial one.

All Your Base Are Belong To Us…
Lyme Disease is an insidious affliction that can go misdiagnosed for years as it continues to debilitate its host. In the process families are stressed to their limit, friendships dissipate, lovers flee, and bank accounts are emptied by uninsured medical costs. The Centers for Disease Control (CDC) has estimated that 300,000 citizens of the United States contract Lyme each year. It is expected that the population of ticks which transmit the Lyme bacteria to humans through their bite will be at record highs in 2017. It is not an alarmist statement to warn anyone that simply mowing the lawn or doing some backyard gardening puts you at risk. You can read the hard numbers on the CDC website, but statistics only go so far to understanding the true devastation this outbreak is causing.

Lyme to Lemonade…
Valerie, a Lyme sufferer herself, is the founder of Artists Bite Back, a creative collective for chronic illness impacted artists. She is also a Young Leaders Council member of the non-profit Global Lyme Alliance. She knows this story from the inside. As an outgrowth of her advocacy she decided to shed light on the everyday battles posed by the disease with an autobiographical screenplay. Over the last year that script called “I Have Lyme, The Movie” has been workshopped, reviewed, and refined. This week its pre-production team launched an Indie Go-Go Campaign to bring it to the screen. The premiere is currently scheduled for May (Lyme Awareness Month) 2018.

The author sees her film, as well as its production period, as a rallying point. In an exclusive statement Valerie told us, “The Lyme community is a very strong and vocal one which is just waiting for the perfect opportunity to speak out about such a misunderstood and underserved health epidemic.” “We have people reaching out to us on our various social media platforms every day, asking when/where this movie will be screened and how they can see it. People are ready for this type of project.”

(Indie) Go-Go Juiced…
The author feels crowdfunding is a “perfect fit” because “this campaign is both a grassroots effort to raise the funds to get the movie made, as well as a social justice project, with the Film serving as a vehicle for Lyme Disease awareness.” As the Indie Go-Go team statement notes, “…a major component of our Film’s mission is to hold screenings with panels addressing the themes presented in the Film – Those of young people, especially women, overcoming chronic illness, families coping with incredible challenges, ways in which artists can empower themselves through advocacy, etc.”

Lend A Hand, In Any Way You Can…
Can you help? Sure. Every little ship aids the cause. While a donation to complete the film is appreciated, being a social media superhero for the campaign can be just as valuable.

I also urge you to arm yourself, your family, and friends with information about this growing health crisis. 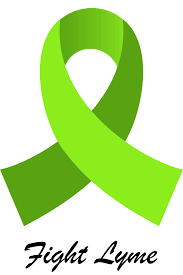