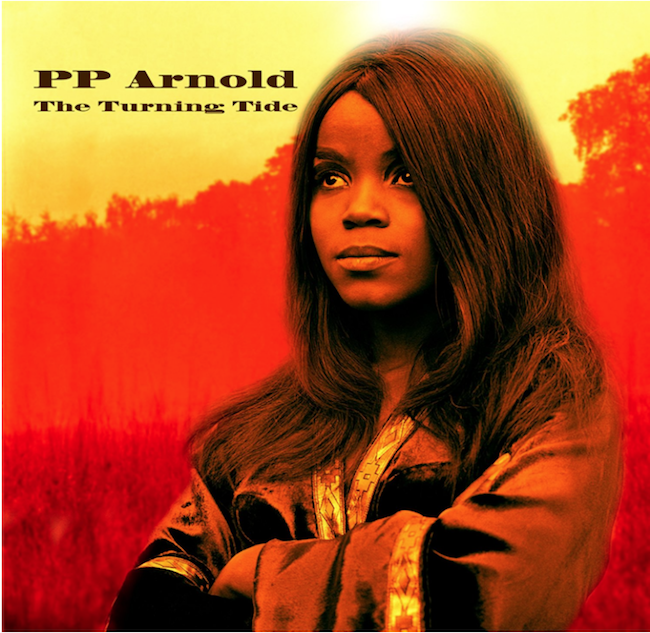 Friday Oct 13, 2017 saw the extremely belated release of a lucky thirteen count of tracks by one of my favorite vocalists, P. P. Arnold.

Any fans of Ike & Tina Turner, Delaney and Bonnie, Eric Clapton’s Derek and the Dominos era, Pre-Disco Bee Gees, and 1960’s soul music in general are going to love this album. That these recordings were created at the tail end of that decade with many of the aforementioned artists doesn’t hurt. It’s the real article presented here for the first time like a gift tumbling out of the Tardis.

Who It Is…
Pat “P. P.” Arnold’s résumé is an astounding array of musical touch-points. She was a touring Ikette and a solo artist signed to the creative cauldron that was Andrew Loog Oldham’s Immediate Record’s label. She had a chart hit with Cat Stevens‘ “The First Cut is the Deepest” 10 years before former label mate Rod Stewart cut his version. She’s the voice that joins Steve Marriott to power the chorus of The Small Faces’ classic “Tin Soldier.” She has more recently toured with Roger Waters.

What It Is…
The Turning Tide (Kundalini Music) presents material recorded between late 1969 and early 1970 with 8 songs produced by Bee Gee Barry Gibb, and the other 5 by Eric Clapton. While those names may draw latter day attention to this album, it’s Arnold’s vocals and her soulful grasp of the varied range of songs that will ultimately impress the listener.

Each producer clearly puts their stamp of the time on the material and both serve Arnold well in their own way. The tracks are crafted with plenty of space for her to stretch out her deliciously wide vibrato of which she is always in complete control.

Gibb Me That Thing…
On the title track and “High and Windy Mountain” Gibb delivers the kind of production and chord harmonies that would serve up hits through the 1970’s. String arrangements by Bill Shepherd beautifully embellish both those songs.

To my ear, it would take a couple of years for the Brothers Gibb to reach that deep soul pinnacle themselves. Compare the versions of “Turning Tide” and “Bury Me Down By the River” on the P. P. Arnold sessions vs. the same tunes on The Bee Gees’ 1970 release Cucumber Castle to see the differences in perspective. “Bury Down By the River” in the hands of the brothers feels like an “I Gotta Get A Message To You” retread, instead of the plaintiff plea that P. P. renders, and their take on “Turning Tide” has a veneer of radio schmaltz and sentimentality that had lost it’s appeal by this time.

“Give A Hand, Take A Hand,” another Gibb penned tune, allows Arnold the chance to show off her gospel roots. It will turn again up on The Bee Gees often overlooked Mr. Natural album (RSO/1974), where they considerably developed their depth of soulful delivery surrounded by the production and arrangements of Arif Mardin. It also makes me wonder what gems a paring of P. P. and producer Mardin might have yielded. It seems a sensible next step based on the shared management of Robert Stigwood, and Mardin’s successful collaboration/reinvention of the Gibb’s on Main Course.

The sneaky “crossover” song here is “Born.” It’s a piano driven old time rock ‘n’ roll tune, which could easily be programmed between Clapton’s “Blues Power” and D&D’s “Tell the Truth.”  As it turns out it one of Barry Gibb’s tunes, and – yeah – it certainly fooled me on the first couple of spins. 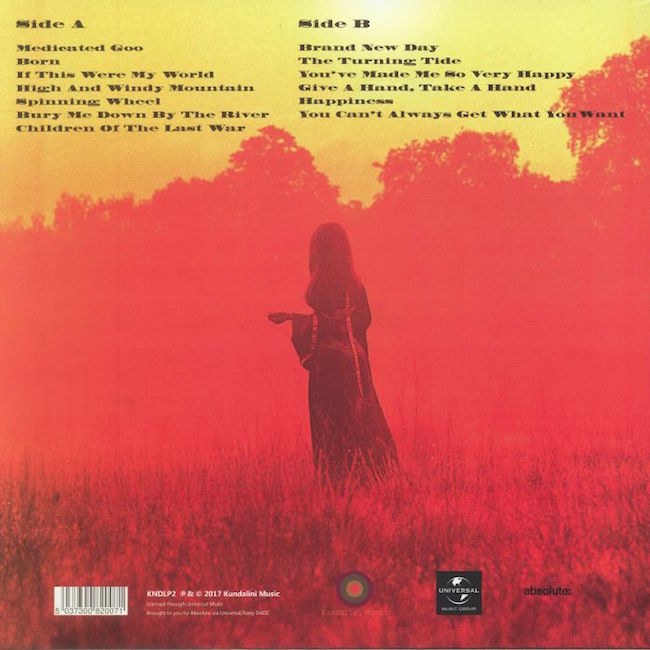 Clap-Tones…
Mr. Clapton goes for the more rootsy sound that was the goal of his own collaboration with Delaney and Bonnie (and Friends) at the time. Arnold was one of the opening acts for the string of now legendary British gigs the husband and wife did with Clapton and George Harrison in December of 1969.

It is slightly unclear where the Turning Tide project falls in the 1970 timeline. The otherwise exhaustive day-by-day breakdown of the scene, Strange Brew: Eric Clapton and the British Blues Boom 1965-1970 (Christopher Hjort/Jawbone Press/2007), does not list dates for these recording sessions. The current press release suggests that Arnold was working with musicians “that became” Derek and the Dominos, (Carl Radle, Bobby Whitlock, Jim Gordon) which puts us between January and June of the year. Strange Brew does document that singers P.P., Doris Troy, and Madeline Bell were backstage for the June 14, 1970 inaugural gig when the band was hastily dubbed Derek and the Dominos. The ladies reportedly joked about forming a sister group called Lily and the Ludos.

Like Gibb, Clapton also brings Arnold “to church,” this time via Van Morrison’s “Brand New Day.” Here it sports an introduction more than a little reminiscent of The Beatles‘ “Let It Be.” It is awesomely augmented by great backing vocals from Doris Troy and Rita Coolidge.

Ain’t It Good For You…
I must admit that on first look at the track list I was skeptical about the inclusion of Traffic’s “Medicated Goo” and The Rolling Stones‘ “You Can’t Always Get What You Want.” They seemed strange choices. To my surprise each is a highlight of the record. “Goo” gets a decidedly funkier, Staples Singers style, groove than Traffic’s own Last Exit version and even the medicated proclivities of “You Can’t Always Get’s” Mr. Jimmy work for the soul shouting Ms. Arnold. It caps off the record on a high note – ready for another spin.

Mixing It Up…
The current mix by Charles Reese, brings this material onto the contemporary playing field without loosing the feel of its time. It also creates a cohesive listening experience from the two different productions. Modern Mod Godfather and soul patron Paul Weller (The Jam, The Style Council) offered his recording studio to complete the project. Ocean Colour Scene member, and Kundalini label head, Steve Craddock is currently working with Arnold on new material to be released in 2018. She has completed an autobiography expected to rollout in tandem with that album.

SkeletonPete Says…
I’m not sure whether to be ecstatic about this release or remorseful that it did not appear in 1970. What’s certain is that it’s a great record regardless of decade and must be relished now that the opportunity has finally arrived.

A personal fantasy would be seeing P. P. on stage with Susan, Derek and the Tedeschi Trucks Band, jamming out on her version of “You Can’t Always Get What You Want.” Poof! I blew my own mind just thinking about it.