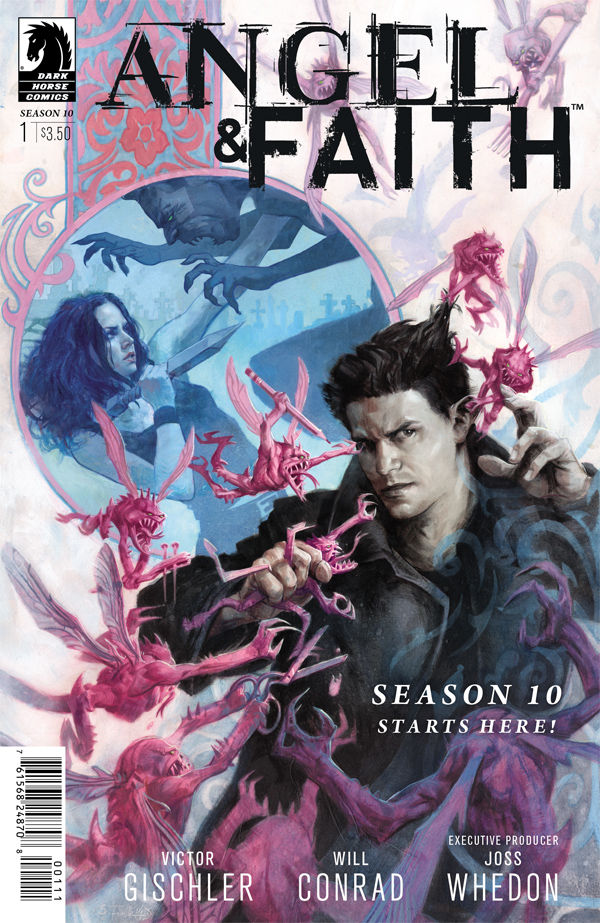 Sometimes I wonder if I’ve been living under a rock. Lately, large chunks of time seem to disappear without my knowledge or consent, and before I know it, decades have passed. I don’t like it one bit.

It didn’t seem all that long ago, when in fact over 16 years have passed since the diminutive Sarah Michelle Gellar first burst onto our TV screens, kicking demon ass as the feisty, wise-cracking Buffy the Vampire Slayer. And yes, it has been more than 10 years since the television series ended. I didn’t want to do the math either.

Needless to say, the hit cult TV series from Executive Producer Joss Whedon (not to be confused with its predecessor and 1992 theatrical release), about a seemingly ordinary 16-year-old girl, gifted with super powers, destined to rid the world of vampires, demons and other creatures of the night, surprised and delighted us. Armed with a pointy wooden stake and an equally sharp tongue, this pint-sized hero has become a symbol of girl power for young women everywhere. And like myself, fans never stopped hoping for Buffy’s return. At the very least we expected a spinoff featuring one of our beloved Scoobies. So we waited… and waited… and waited…

When we last saw our beloved Scooby Gang (on our screens almost 11 years ago), they had defeated the The First Evil (aka the Big Bad), and along with a team of Slayer Potentials, whose powers had been activated by the Super-Witch, Willow (played by Alyson Hannigan – American Pie, How I Met Your Mother), had saved the world yet again. Just as it seemed there were many more stories to tell, after seven seasons (and two networks), it was time to say goodbye to our heroes.

After the series finale, rumors continued to circulate about a TV spinoff for fellow Slayer (and Buffy rival) Faith (played by Eliza Dushku – Tru Calling, Dollhouse) and for Bad-Vamp-Turned-Good, Spike (James Marsters – Torchwood, Supernatural). And what ever happened to the Ripper spinoff featuring Rupert Giles (played by Anthony Stewart Head – Doctor Who) we heard so much about? Over time, we started to lose hope we’d ever see our friends again. While Team Buffy had certainly earned the vacation, we weren’t ready to lose them forever.

A Slayer’s Job is Never Done…

The fact is you can’t keep a good Slayer down, and four years after the final episode of Buffy the Vampire Slayer aired, series creator Joss Whedon resurrected our old friends in the form of continuing adventures from Dark Horse Comics.

For Season 10, Christos Gage and Rebekah Isaacs have crossed over from the Angel and Faith series (also from Dark Horse), bringing with them their take on the Buffyverse for Joss Whedon and Dark Horse’s flagship book. Written by Gage, and beautifully illustrated by Isaacs, the Scooby Gang are a welcome sight for these tired, sore old eyes.

In this latest installment, Buffy and company (formerly from Sunnydale), now in Santa Rosita, have returned magic to the land (after losing it for much of Season 9), but not without encountering some fallout in the form of “zompires” (zombie vampires) – mindless, bloodthirsty creatures, bent on destruction. Uneasy alliances are formed to deal with these abominations to both human and vampire kind, but that’s just the beginning of their troubles.

I must admit, I find it rather comforting to have Buffy, Spike, Willow and Xander (along with some other familiar faces) back up to their old tricks. Though I don’t know how I completely managed to overlook Seasons 8 and 9 of Buffy the Vampire Slayer, I plan to remedy that oversight immediately and catch up with previous issues.

Season 10 of Buffy feels like a fun reunion with old friends, complete with the trademark banter fans have come to know and love. Issue 1 is also jam packed with action and last minute twists that are so satisfying for the Buffy fan, you can only imagine how hard it is not to give away spoilers, sweetie, but I will resist the temptation and let you all enjoy for yourselves.

Buffy the Vampire Slayer Season 10: Issue 1: New Rules is out now! Get it at a comic book store near you.