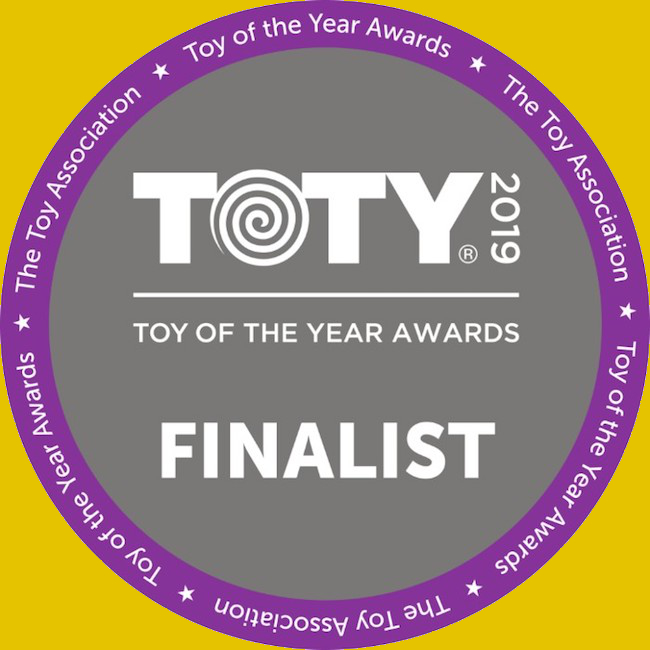 We know that the turkey is still hasn’t thawed out and there’s plenty of cooking to be done but with Black Friday fast approaching you may be in a bit of a panic to know what exactly to tell Santa Claus is a priority on your child’s wishlist. Fortunately The Toy Association, Inc. has just released its list of top toys in the running for their Annual Toy of the Year Award.

END_OF_DOCUMENT_TOKEN_TO_BE_REPLACED

Sweet Sixteen and Never Been Kissed, Any Wonder?…
2014 marks the sixteenth anniversary of Mezco Toyz’ Living Dead Dolls line. This milestone makes these creepy creations the longest continually produced series of horror themed dolls on the planet. Mezco’s Mike Drake informed me that the company will be honored for this world record at the Toy Industry Association’s 111th Annual American International Toy Fair which begins in New York City in just a couple of days.

The outre, coffin encased, dollies are the brainchild of Ed Long, Damien Glonek, and “Mez” Markowitz, whose artistic imagination must be commended on this long run of sardonic but fun characters. Damien notes, “I couldn’t be happier with the support and dedication our fans have given us throughout the years. The dolls have taken on a life of their own…” As for their inception, “There was never a thought out plan when we first started. Living Dead Dolls was built upon a do what we like attitude and it grew into something beyond our wildest expectations.”

Living Dead Dolls Series 27…
A world record calls for a world vision and so for Series 27 the creators have set their nets wide and come up with a cosmopolitan collection of characters of myth and legend.

Spring Heeled Jack – The Victorian urban legend of penny dreadful fame that terrorized London. A creeper and a leaper.

The Banshee – The Irish fairy who heralds death with her mournful wail. If she sits with you for a pint of Guinness be sure your life insurance policy is paid up.

Milu – The Polynesian goddess and guardian of the land of the dead. Mess with this Tiki temptress and you won’t be drinking piña coladas at Trader Vic’s for long. She’ll fill you full of flys and feed you to her pet lizards.

Mephistopheles – The devilish trickster and adversary of Goethe’s Faust. Sign on the dotted line at your own risk.

In addition, Colonial America will get it’s due with a Headless Horseman LDD, complete with malevolent looking pumpkin noggin, and Series 1 character Posey, comes back from the undead in a ghostly white special edition.

SkeletonPete Says…
Also announced, though not on display at Mezco’s early reveal, is an LDD version of The Creature from the Black Lagoon. It will join the already available Frankenstein, Bride of, and Dracula dolls. It’s going to be a must own for creach fans like myself. The still to be approved prototype is pictured in Mezco’s 2014 Toy Fair catalog and it is already too cool to pass up.


Get Your Motor Running…
The good folks at Mezco Toyz revved up their engines for this month’s American International Toy Fair with a special press peek at their upcoming offerings. The company is not only celebrating the sweet sixteenth birthday of their Living Dead Doll Series but has announced a Sons of Anarchy figure and collectible line for release in summer of 2014. The advance viewing was a perfect opportunity to get some unfettered photos of this newest Mezco merch especially an unexpected Psycho treat.

Norman’s Mom Has Got It Goin’ On…


After focusing on the Sons of Anarchy and Breaking Bad characters, I peered across the room in Mezco’s sanctum sanctorum for an unexpected surprise. Perched on a display shelf, comfy in her rocking chair and shawl, sat Mother, the desiccated grande dame of the Bates family. The wonderfully creepy creation is rendered as a “roto-plush,” with molded cast hands, feet and head and a plush body, like dolls of old. She perfectly compliments the Norman and Victim dolls released last year. She’ll be ready for release this coming summer. Keep your Raggedy Ann away from the shower stall.

Not far from Mother stood her Universal Pictures kin, the equally shriveled Karloffian Mummy. The Mummy is the third in Mezco’s effective angular stylization of the classics. Frankenstein’s Monster and The Creature from the Black Lagoon are currently available with The Mummy slated for June of this year. Still in the works and pending design approval is Mezco’s Creature from the Black Lagoon Living Dead Doll.

SkeletonPete Says…
I expect to post a full gallery of images from Mezco’s Toy Fair preview on Thursday, including Living Dead Dolls Series 27 featuring “Myths and Legends from Around the World,” Sons of Anarchy, Breaking Bad, Axe Cop, 1966 Batman villains Mez-itz, and more.

I’ve also been meaning to share some fun “beauty shots” of the all white “test shot” Creature from the Black Lagoon I scored at the Mezco sale last summer.


Black Friday is here, officially marking holiday shopping season 2013. I’ll be posting info about some of my favorite goodies during the next couple of weeks. I hope I can turn you on to some fun gifts, or something for your own wish-list.

Vertical Horizon…
Innovation First continues to refresh their popular Hexbugs Nano series with new skills and environments. Hexbug Nano V2 follows last year’s Hexbug Nano Warriors, which offered multi-bug battle action. This newest species of skittering scarabs has evolved to include three rubbery spikes on their spines which allow them to shimmy vertically up and down habitat tubes. As with prior generations, the modular nature of individual track and tubes pieces ensures that sets can be configured with imagination nearly your only limitation.


Over, Under, Sideways, Down…
Specialty constructs have been added to the line to maximize the fun of the Nano V2’s abilities. The Twist Tube adds a 360 degree spiral to the hexbugs’ bag of tricks, the V2 Black Hole Funnel offers a destination for Nano freefall with a variable exit routine at the bottom, and the flat panel Observatory creates an ultimate height destination for the V2 models to explore before they descend again. Tube width allows adventuring buglettes to pass each other en route or share a trip with frenetic fraternity.

Something Fishy…
For a gift on a more restive note, Innovation First offers the amazing AquaBot, a robotic fish activated when – you guessed it – placed in water. Aquabot comes in an assortment of colors and emulates all the soothing movements of your favorite aquarium dweller but requires no feeding, no tank filter, no clean-up, just the occasional battery.

This is only a smattering of the gear in the Innovation First line which includes full and XL size Hexbug creatures, the bobble head Moshi Monsters and Tagamoto Auto track sets. Check the related posts below for more details.

These images are of Toy Fair 2013 pre-launch displays, but all of items are currently available at your retail toy store as well as online.

The Series 4 Toys “R” Us packages will be blister packed with simple bases. Dr. Jekyl will include an interchangeable Mr. Hyde head. Exclusive to Toys “R” Us will be a Moleperson figure from the The Mole People (1956).

Series 3 Legacy Box…
The Universal Monster Series 3 figures including This Island Earth’s Metaluna Mutant, Erik The Phantom of the Opera and The Invisible Man) will be boxed together in a special legacy edition.


New Bust Banks and Retro Cloths…
Also announced for fall, but not on display at the DST booth, are Bust Banks Series 2 depicting the Bride of Frankenstein and the Wolfman. They’ll join their cohorts the Black Lagoon creature and Karloff Frankenstein monster which are currently available in full color and black and white versions. Retro cloth fans will be able to add the Metaluna Mutant and Phantom of the Opera to their collections. 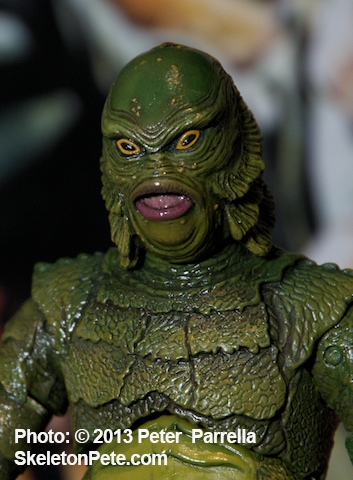 An as yet unannounced third figure will be exclusive to Toys “R” Us. Which Universal Mon-Star are you hoping it will be?