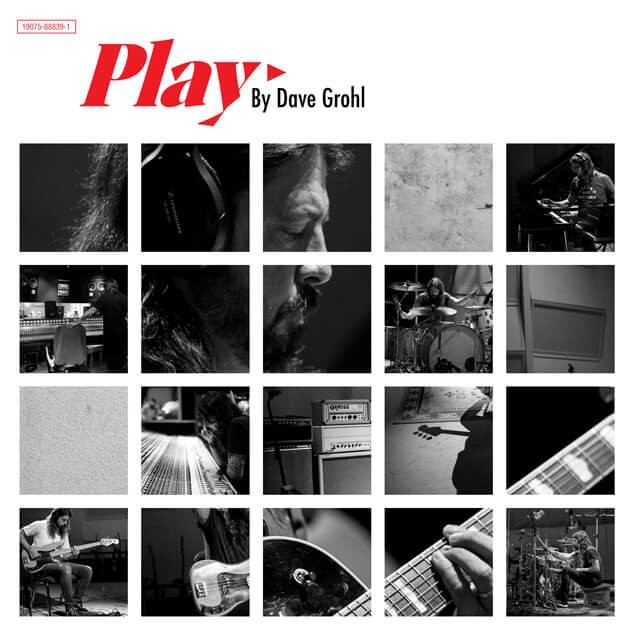 On the just released song Play, The Foo Fighters’ Dave Grohl challenged himself to create a 23 minute musical journey all on his own.

Play is proggy, slightly cinematic, not unlike Porcupine Tree’s longer excursions, but don’t come expecting a Dream Theater style soloing workout. This is essentially about Grohl on drums and heavy chorded guitar riffs with a few keyboard and percussive embellishments.

Other do-it-yourselfers like Paul McCartney (a recent Grohl collaborator), may come to mind; Todd Rundgren (A Wizard, A True Star, Something/Anything) – sure. But this particular piece, with its evolving rhythmic changes, simple melodic lines, and arpeggios reminds me most of the early 1970’s work of Michael Oldfield (Tubular Bells, Ommadawn).

Daves of Future Past…

Previously Dave and the Foo Fighters have looked to the past for inspiration. He has paid homage to Sound City recording studios and its iconic mixing console. The group have traveled North America to write and collaborate in the historical seats of specific musical idioms and produced the Sonic Highways series to document their experiences. With Play the drummer has his sites set on the next generation.

The accompanying video reveals that the multi-instrumentalist was inspired by watching his own kids and other youngsters just beginning to learn their instruments; really digging in and applying themselves to the task. It’s an obsession required to master music and students at Join the Band are interviewed about their experience. Guitarist Henry sums up the required repetition and regimen “…I try to play it. If I mess up on a part, I go back to the beginning of the song …mess up again, I go back” He concludes succinctly, “It’s kind of annoying, but I like it.”

Grohl says “It’s awesome seeing these kids trying to figure it out. I’m still trying to figure it out. …looking for the next challenge. Doing something I’ve never done before.” To that end Grohl deciding to record the Play tracks stem to stern – completely non-stop. That meant starting from the top of each take should a mistake be made, even in the eleventh hour. No punch in’s allowed.

SkeletonPete Says…
The song is a fun, exciting and involving listen. The video is a must watch. It has already served to entice me back into a creative musical mood. So, see you all later. I’m setting up to play.