In the spirit of sharing stuff we like here’s a heads-up on a neat item for a left-of-center seasonal celebration. The folks at The Morbid Anatomy Museum and Library are currently offering a unique holiday ornament in the form of Krampus, the legendary goat-man demon.

Artist Heather O’Shaunessy has created bee’s wax replica’s from a mold of her own sculpture depicting the Christmas devil. The approximately seven inch figures are dusted with cinnamon to give them a rust-like patina, as well as an appropriately seasonal scent. 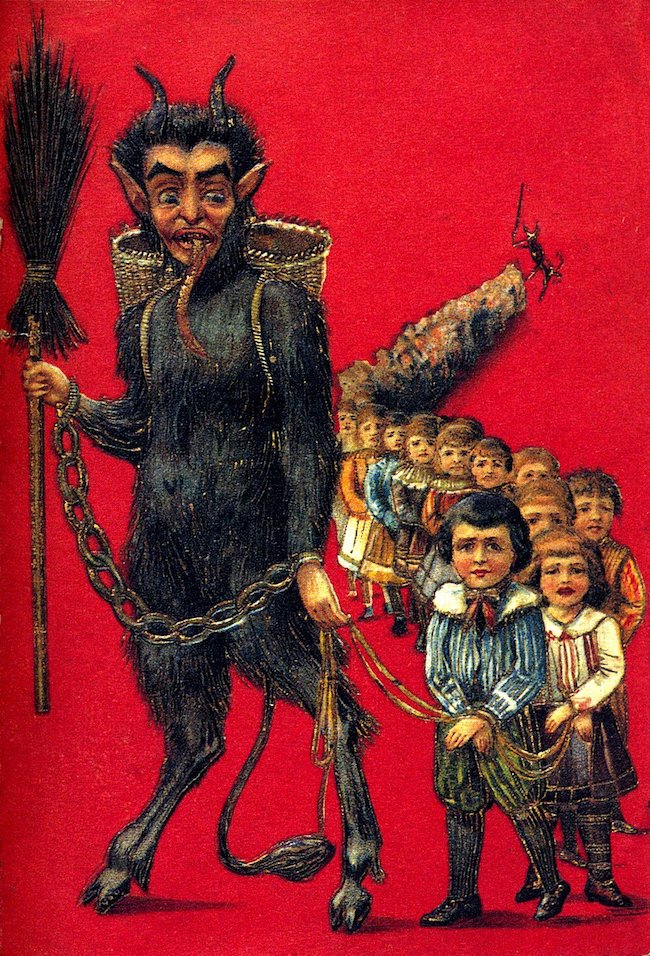 Be Good or Be Gone…
As you may know December 5 marks the observance of Krampus Nacht, a tradition of many Central European countries that accompanies the winter solstice. Though the character is more than likely descended from pre-christian ceremonies, Krampus is now essentially considered the “anti-Santa.” If you’ve naughty, he’s not so nice. Images of him with chains and birch branch scourge, carting kiddies off to lord knows where, seem a stronger deterrent to disobedience than the chance of finding coal in your stocking on Christmas morning.

While only becoming more well known in the United States over the last decade or so, we might equate Krampus with his cinematic cousins the Bogeymen portrayed in the 1934 Stan Laurel & Oliver Hardy television perennial Babes in Toyland, aka, March of the Wooden Soldiers. Along with the zipper suited aliens in the original Invaders From Mars (1953), banishment to Bogeyland land made many a boomer kid think twice about bad behavior. 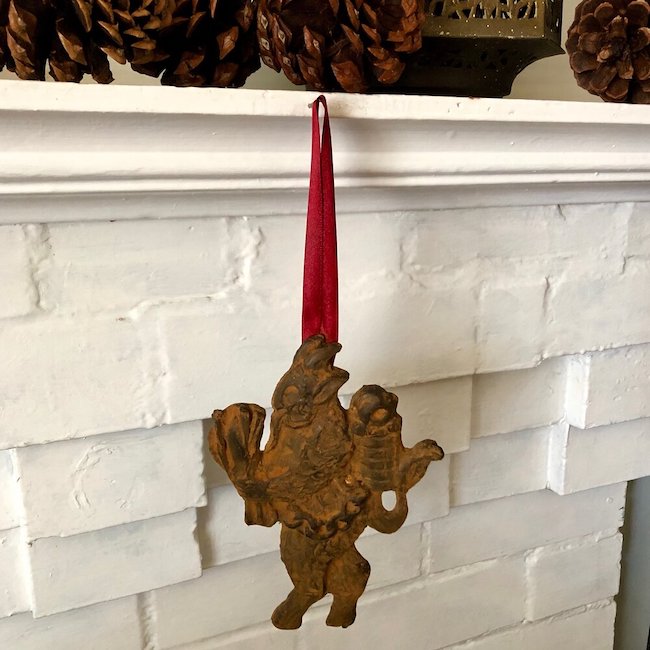 Getting Your Goat…
So, If you’d like a hint of the old gods of the Tyrol hanging around to counterbalance that goody two-shoes Saint Nick, then Krampus is your man – goat – demon. Follow this link to the Morbid Anatomy Store online.

SkeletonPete Says…
If you love researching arcana from alchemical formulae to information on early medical “miracles,” The Morbid Anatomy Museum & Library will be of interest to you.

When not wandering the globe seeking the obscure and interesting, museum founder Joanna Ebenstein and programming director Laeticia Barbier offer a regular schedule of seminars as well as access to the diverse library itself via spring and autumn exhibitions in the Victorian gatehouse of Brooklyn’s historic Green-wood Cemetery.

Those not in the New York City area can avail themselves of recordings and videos of the lectures, as well as regular postings of interest by joining the Morbid Anatomy Patreon account. Members are regularly offered discounts on online store purchases.