Diamond Select Toys celebrates the 20th anniversary of their Mini-Mates action figure line with a box set that pays tribute to the Marvel animated series What If… as seen on the Disney Plus streaming service.

Mini-Mates are two inch tall, articulated figures that have been designed under a multitude of licenses, from Universal Monsters and Nightmare Before Christmas to Kill Bill characters. I’m always astounded at how the simple body form can be transformed to so accurately convey a character.

Along with their slightly larger siblings called Vini-Mates they’ve become some of my favorite collectibles. Even those of us challenged for space by decades of toy hunting and gathering can find room for a few more. This set’s quirky nature puts it on the top of my want list.

The exclusive anniversary pack-up pays tribute to What If… episode 5 of season 1, which features a corner of the multiverse where several of the heroic Avengers take on zombie afterlives.

They’re available starting on October 12, 2022 at comic and toy shops as well as on Diamond’s website.

By the way, those of you toy collectors who are also photographically inclined still have a few days to submit entries into the Mini-Mates 20th Anniversary Toy Photography Competition. October 17th, 2022 is the deadline.

Full contest rules and instructions are on the DST website.

Even if you don’t participate do hit DST’s Instagram (@collectdst) to see what your fellow enthusiasts have concocted.

The What If… zombie episode offered my first inkling that Disney/Marvel might be willing to go fearlessly into the fright zone. Although rendered in cartoon form, the characterizations were creepy enough to elicit some real scares.

Sadly, the latest Thor outing Love and Thunder went for more chuckles than chills and missed the opportunity to make Christian Bale‘s portrayal of Gorr The God Killer a truly threatening and brutal adversary.

That said, it’s clear from the special presentation of Werewolf by Night that they are ready to roar into a PG-13 or even R rated territory down the road.


Shake, Rattle and Damage Control…
While the television series tells the story of Carter’s immediate post World War II exploits in the S.S.R.(Strategic Scientific Reserve), Operation S.I.N. #1 will feature a 1950’s cold war scenario that pits Peggy Carter and Howard Hughs analog Howard Stark (Iron Man’s Dad for the uninitiated) against burgeoning H.Y.D.R.A. forces. They’re all on a collision course to recover powerful alien tech that is planted far behind the Iron Curtain.

We Were Promised Jet-Packs…
S.H.I.E.L.D. fans will be happy to know that “The Man on the Wall”, alien fighting hero Woodrow McCord Jr. will also feature prominently in the new book. His origins were revealed last October in Marvel’s Original S.I.N. Annual and now we’ll presumably learn how he first became connected with Howard Stark.

SkeletonPete Says…
I, for one, am really enjoying how Marvel Entertainment is handling their cross-media plotline on the road to Avengers: The Age of Ultron, with the Agents of S.H.I.E.L.D. show expanding the Kree technology story, while Agent Carter will fill in the historical backstory of the pre-Nick Fury agency.

Thanks to Ken Pierce of the PiercingMetal website for the heads up on this one.

What’s Happening…
The Disney Infinity Toy Box 2.0 Summit will be held on August 16 & 17 2014 in Salt Lake City, Utah. The schedule is listed here, in USA Pacific Time, and you can virtually attend via live streaming. 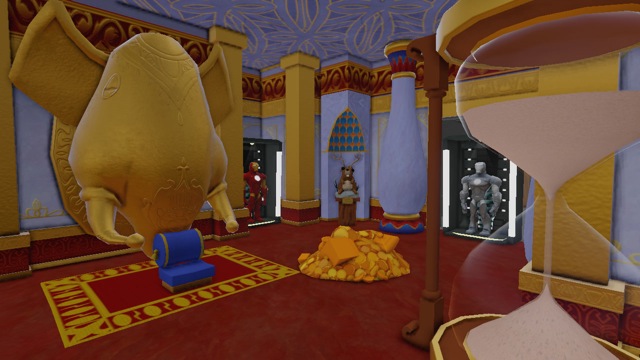 
Sometimes Love Hurts…
The tokidoki universe is a world of paradoxes; cute little creatures with sometimes prickly or outre attitudes. Take for instance the Cactus Friends – cuddly animals that can’t be cuddled – or the 12 lions and lionesses of the soon-to-be-released Royal Pride family. The crown capped ladies are decked for a shopping spree with their perfect pink poodles by their side, while their maned male counterparts are equipped with crowbars, nunchuks, and ouzi’s, ready for a smash and grab or back alley rumble. Yikes!

Todidoki godfather/designer Simone Legno spun up his Japanese inspired fantasies online about 11 years ago which drew the attention of the Hard Candy cosmetics company. A partnership proposal brought Simone from Rome to LA in 2003 and launched the ever expanding tokidoki line of apparel, make-up and novelties.

New to the Zoo…
In addition to the newest Cactus Friends, (Porcino the pink piggie and yellow snuggie zipped rabbit Truffle) tokidoki is offering several Marvel Avengers tie-in’s in their spring 2012 line. Along with iPhone covers and skate-decks there’s a fun set of baseball caps with embroidered “doki-ized” superhero designs. This includes a winged Captain America cap, Iron Man, as well as the assembled Avengers. My favorite is the awesome Doctor Doom design. Each hat has a unique under-the-brim graphic that ramps up the visual impact, and – yes – there are brim labels for the sticker afflicted. Also on display at the tokidoki Toy Fair booth were Marvel themed Frenzies, little lanyard strung collectible charms that will be sold in blind boxed displays.

Be sure to check the tokidoki web site for a look at their diminutive punk rockers and classic Moofia designs.


In the hands of The Who’s Peter Townshend it could give a whole new meaning to “Hulk Smash!”, but one of the more surprising tie-in’s to be featured at New York Toy Fair 2012 is Peavey Electronics officially licensed Marvel Comics Series guitars and accessories. Some of Comicdom’s greatest superheroes are rendered on these straps, plectrums, percussion instruments and six strings, which run from entry level acoustic to student and upper tier electric models.

At only $49 the half size acoustic model is a great incentive for the young comic fan to try his or her hand at music. Electrics are offered as 3/4 ($139.99) and the full sized Rockmaster ($179.99). Peavey’s 3 Predator models sport more realistic imaginings of The Mighty Thor, Captain America, as well as a positively rippin’ graphic of Ghost Rider on his flaming motorcycle, and retail for $399.99. You can see the Predator models on Peavey’s website.
Click any image to launch the gallery.