James, Georgia and Ira kicked off the 2010 CMJ Marathon at MOG’s Brooklyn Bowl blow out. Only the second bowling alley gig of their career, they played to an audience of appreciative fans while folks on the alleys threw “Jersey-side” strikes in their honor.

They dumped a Farfisa in front of me but I got some nice shots anyhow. Hope you dig them. 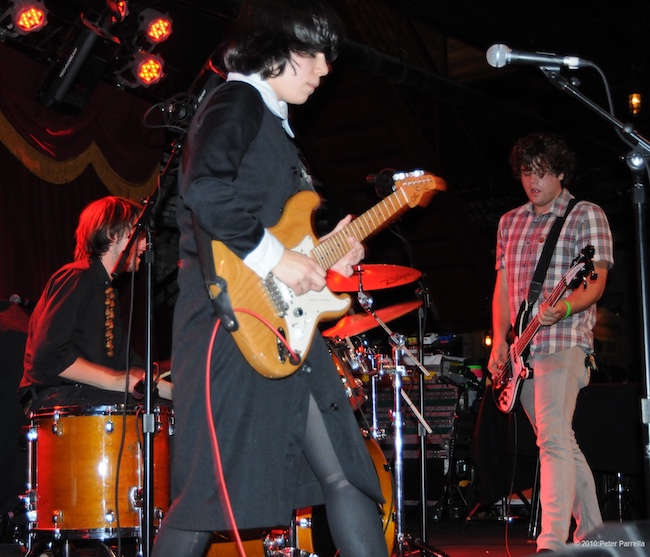